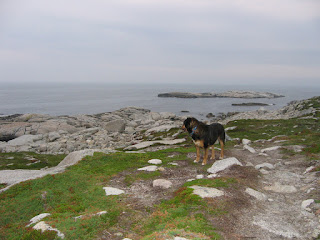 Prospect Bay is awesome, it's one of my favourite places to go. When it's good and windy is the best weather for going there - big white surfy waves coming in are so spectacular. It's also a great place for buoy booty 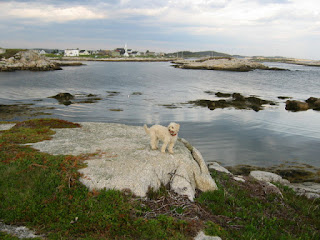 You get to Prospect Bay by taking highway 333 - as if you're going out to Peggy's Cove - but when you're about 1/2 way to Peggy's Cove you'll come upon a sign that says "Prospect Bay" - and you'll turn left and go down a road that has a dead end - at the end of which is Prospect Bay - at the end you've gone too far! Just before you get to the village there's a little side road - Cove Road - turn right there and park near the end of that road - and go straight down the path. And then you can walk along the rocks for a long time. Be aware that there's a ton of ticks at Prospect Bay though - so check everyone over when you get home though

A good place to check out for Prospect Bay is http://www.visitingnovascotia.com/?p=2028
Posted by Joan Sinden at 10:23 PM