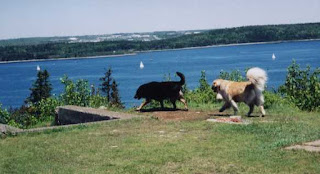 York Redoubt is about 5 minutes out the Purcell's Cove Road (which you get to by going through the Armdale Rotary heading towards Herring Cove but you take the left hand turn at the lights).


You turn left onto Ferguson's Cove Road (there is a sign with an arrow saying "York Redoubt" so it's impossible to miss. It is a beautiful spot.

I was there on a sunny Saturday in June and it was lovely. All the yachts were out on the water and you get a fabulous view from inside the fort. There is a huge parking lot and lots of picnic spots. The only drawback is that there isn't any beach for you types who like to throw sticks in the water for the dog to retrieve. 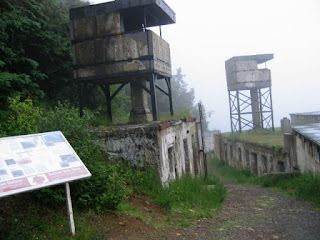 It is all rocky all the way along, but it makes for some great wave crashing noises. There are several trails that are easy to find and get to. One spot you don't want to miss though is inside the fort if you walk left and go up the stairs there is an absolutely beautiful view of the harbour and McNab's island and the lighthouse over in Eastern Passage (that is where the picture above was taken).

The terrain for walking is almost exactly like at Point Pleasant Park except for the fact that there aren't near as many trees that fallen down/been cut. There are a lot more explanations and empty war type stuff and guns though which is interesting. While we were there there were several other dog families there and all were off-leash - although it is a federal park and dogs are supposed to be on-leash, so it's up to your discretion. It is definitely worth the drive to give your dog(s) some variety, and yourself a lovely view! 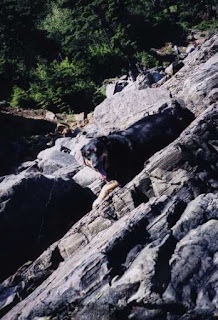 This is an example of the shore line at York Redbout! And it was a steep walk down to this point!
Posted by Joan Sinden at 10:29 PM