Building supply stores in the HRM 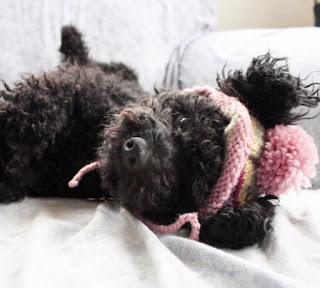 There are a ton of local building supplies store that LIKES dogs!!!

I had an email from Lloyd - this is what he said: "Taylor TIM-BR Mart in Musquoboit Harbour is Dog friendly, we love dogs here. We have our regular customers who bring their dogs on a daily basis. Come on in and please bring your dog." Is that awesome or what?

Alecia emailed me to say that Happy Harry's in Burnside is dog friendly - so all you bargain shoppers out there - you can be savvy - and spend extra time with your dog! They even have a sign on their door that says so - now that is an awesome store.

I had an email from Frank S. in Halifax who said you can also take your dog to Piercy's on Robie Street and Glidden Paints on Young Street in Halifax!

I had an email from dog owners Gary and Donna that the Canadian Tire in Lower Sackville allows dogs - so Canadian Tires are great places to spend money in! Canadian Tire on Main Street in Dartmouth WELCOMES DOGS! They have a sign on their door that says so! Luciene emailed me and said that and we were both very happy to see that. Business owners hopefully will take the cue and follow that business's initiative when they realize that it increases their bottom line! haha! Canadian Tire (I've been to the Quinpool Road one) - they also keep biscuits behind the counters for dogs. I don't think I have to tell you what the store is like, but I LOVE Canadian Tire money. I buy anything that I could get at Walmart of Zellers there, except that I can take my dog in with me!!! There are unfortunately a few Canadian Tires that DON'T allow dogs. Don't bother trying to go to the stores in Spryfield, Clayton Park, or Cole Harbour - you'll just be tossed to the curb there with your favourite buddy.

As well - do not even bother trying to go to ANY Home Depot - ever since the unfortunate incident down in the States where a staff person inappropriately got in a dog's space and was bit - Home Depot's across North America have banned dogs, so sad.

Kent Building Supply in Bayer's Lake - is allowing dogs again - I've had confirmation from several people that they have been successful at taking their dogs in there - so if you've been successful in taking your dog in there - let me know - and I'll continue to share the love and let people know that this store is dog friendly! As well - the Kent in Lower Sackville is also dog friendly.

Another store that I've never mentioned before but have been going to for years is Valleyfield farm store out in Sackville - they sell farm supplies - but they also sell doggy accessories at great prices - like collars, leashes and dog food - and they don't sell live animals (except for livestock like baby chickens) - and their prices are better than regular pet stores. So if you're out in Lower Sackville you should check them out!

I had an email from Susan who gave me a TON of places in Lower Sackville that are dog friendly - Canadian Tire (Bedford & Sackville), Kents Sackville, - so that's a ton of stuff out there in Lower Sackville!
Posted by Joan Sinden at 3:24 PM